One of the things I love about birding is how just one bird can make all the difference.

The first three months of this year have been some of my most frustrating for 'gulling' ever. Although we didn't have good numbers of gulls in January, much better numbers in February and March just wouldn't produce anything scarce. Many days seemed so promising, and each time I set my scope up to look through a gull flock I thought it was going to be. But no matter how many times a day I scanned through our Larid flocks they remained stubbornly rare-free zones.

At 13:38 today though this all changed, and all the unrewarding hours I've spent gull watching so far this year were instantly forgotten... 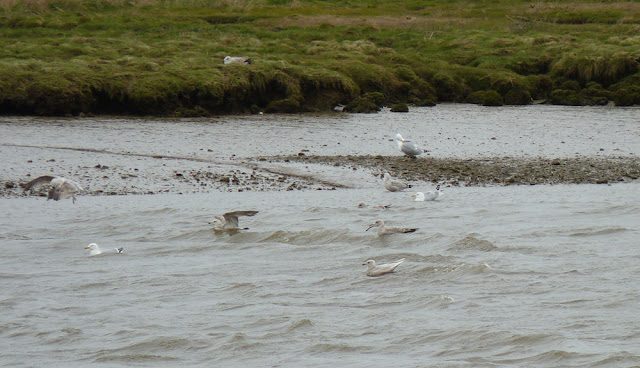 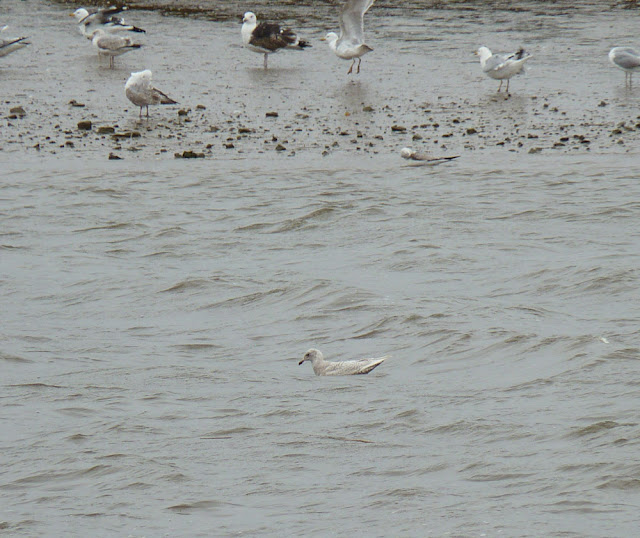 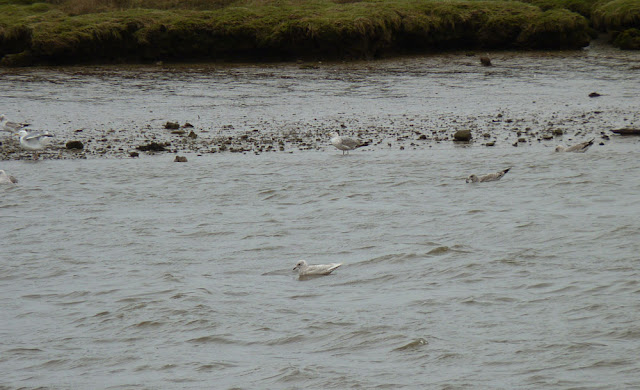 Yes an absolute beaut of a first-winter Iceland Gull.  What a cracker.

Also today there seems to be more hirundines about, have seen many more Swallow and Sand Martins but still no House Martin for me.

Yesterday a lone Sandwich Tern off the sea front which gradually made its way west was my first of the year. Fresh spring Sarnies always look so sleek and smart compared with the scruffy individuals that over winter with us.
Posted by Steve Waite at 14:34