Had a great hour at Branscombe this morning with Bun, looking for divers and hoping for something more.  Well the something more never appeared (except for one Mute Swan, four Canada Geese and 18 Common Scoter) but the divers were absolutely fab!


We were surprised to say the least when we realised the group of three divers we spied soon after our arrival were all Black-throateds! I know, it sounds so stringy, the number of mis ID'd Black-throated Divers reported is frankly frightening, and even though I was looking at them, my County Recorder head just wasn't having it... but they were!!   I knew I had to get some photos to prove we weren't having a funny five minutes, it's just a shame the birds were about a mile away... 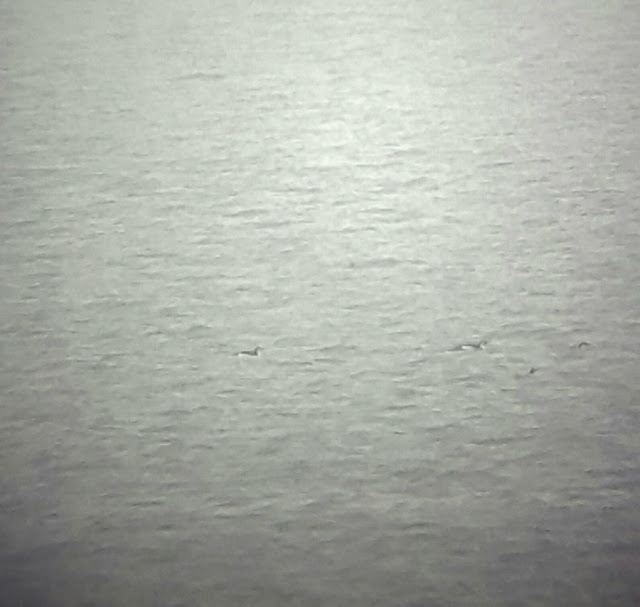 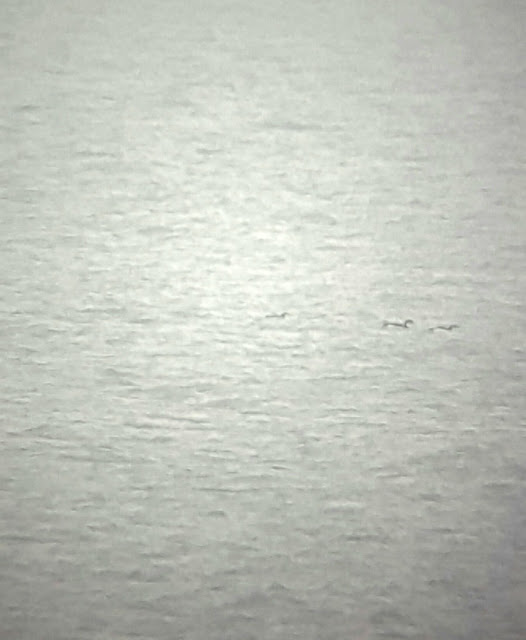 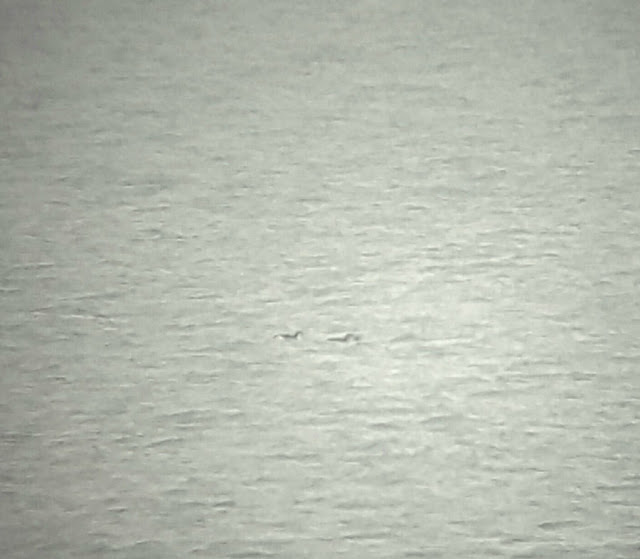 And you thought my LRP photos were bad!!!  They were always gradually drifting west but remained in a tight flock, at first just resting on the sea but later diving quite frequently.


Thankfully these weren't the only divers that we saw, there were also two Great Northerns and at least four Red-throats (including one in summer plumage).


The only other birdie highlight of the day was my first Swallow of the year that leisurely made its way north over Bridge Marsh late morning.
Posted by Steve Waite at 23:55