A proper rarity today - I've been twitching! I'll be honest, twitching isn't my thing, I have nothing against those that do, it just isn't for me. I'm a bit of a loner birder to be truthful, and although I like driving, hours sat in a car for one bird doesn't really appeal to me.  There are two reasons though why I may overlook these negatives...

1/ Because I think the opportunity to watch the species in the field will give me some valuable experience if I was to find one in the future.

There's been two birds in the south west over the last couple of days that have been tempting me. The Brixham White-billed Diver attractive due to reason number two. I saw the Hayle bird, and that was one of the best birds I've ever seen!  What's not to like about a big Great Northern Diver with a rhino horn for a bill!

The other bird is the Brunnich's Guillemot in Portland Harbour, this tempting for reason number one.  It is a bloody rare bird too, one I never thought I'd get the chance to see in the UK.  Anyway, it didn't take much to turn today into a part twitching/part shopping day with Jess, and at 10:30 this morning we tagged onto the the end of the large crowd of birders/twitchers/photographers on the edge of Portland Harbour.

Within a few moments, and without knowing when and where it was last seen, it popped up right in front of us!! 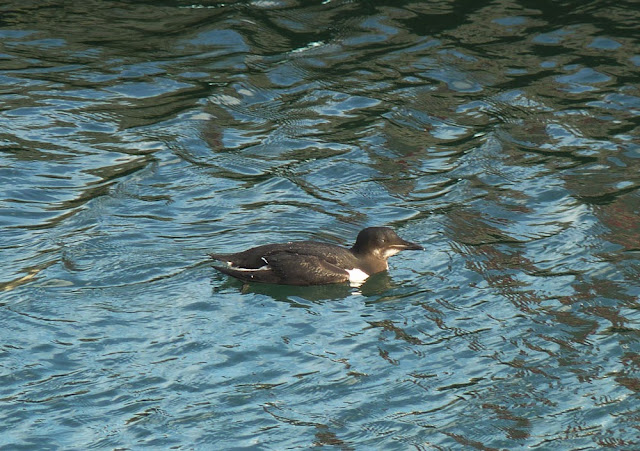 Then followed the expected small stampede of a group of photographers, all wanting to understandably get in line with the bird.  This proved quite funny to watch, as the bird travelled surprisingly long distances under water, and often only surfaced for a few seconds.  This meant that often by the time the photographers had reached the Guillemots position, it had gone back under!  Jess and I just stood still, and in the ten minutes we were there it surfaced about five times right in front of us, despite at times being out of view to the left, and very distant to the right.  So my advice is, pick your spot and stay there - your time will come... 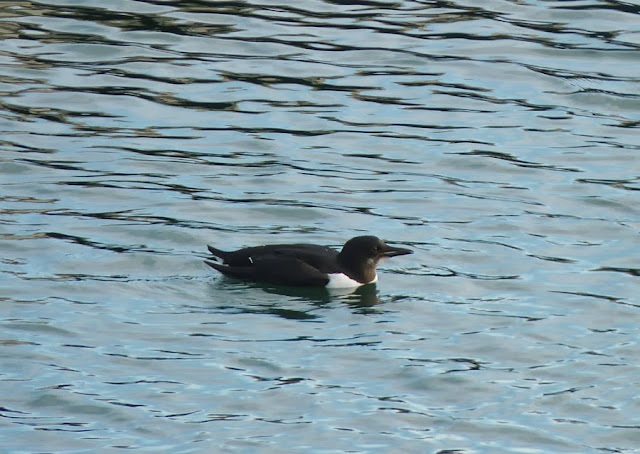 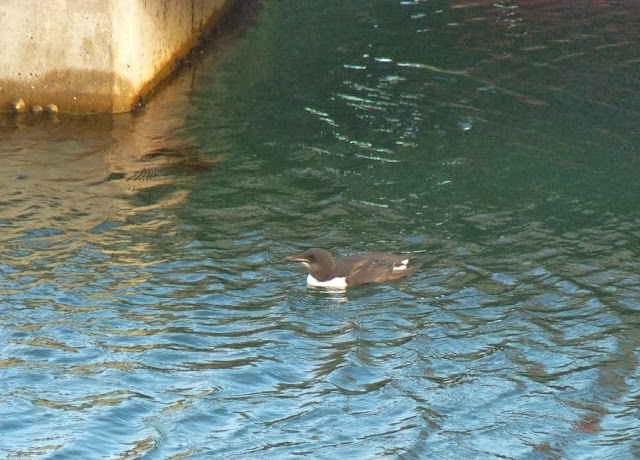 I'm not sure where it has been for the past few days, but it spent the whole time we were there along the near shore, most of the time between us and the jetty pictured here (which had several people on it - not bothering the Guillemot at all!)... 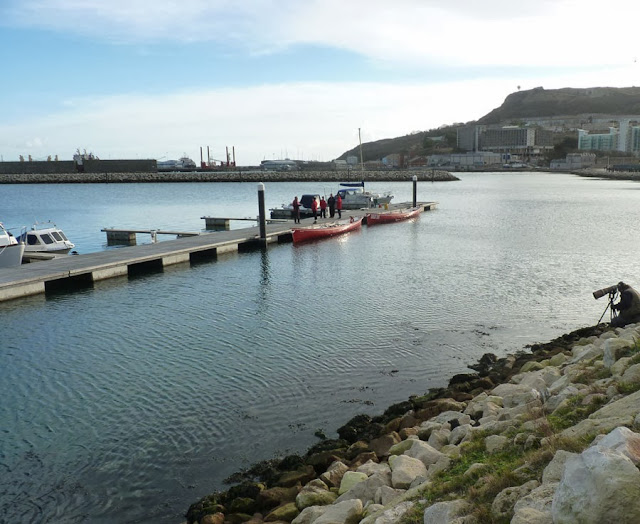 You can see in the photo below the same jetty, inside the marina, with the mass water body of the main harbour behind. Really lucky that it's feeding inside the marina, imagine finding it, and the views you'd get, if it was elsewhere in the harbour! I've previously seen a Surf Scoter in this small part of the harbour too. 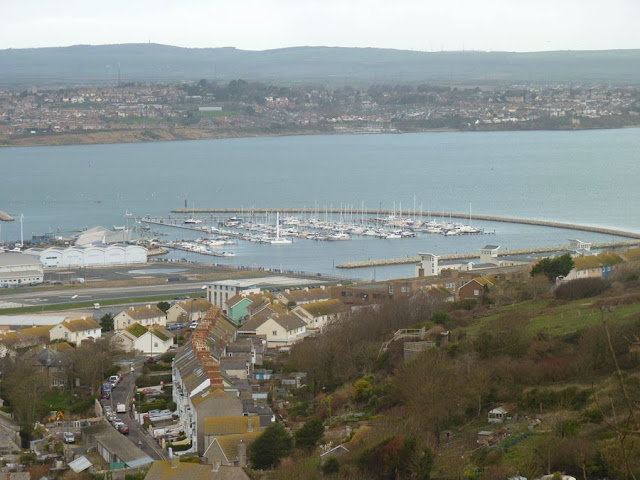 And the last shot from here, our last view of the Guillemot... 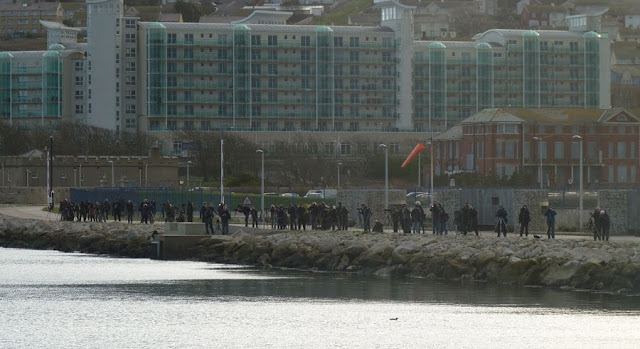 Then it was Weymouth time (and lunch time -  McDonalds for two!), with shopping interrupted briefly by a couple of Mediterranean Gulls... 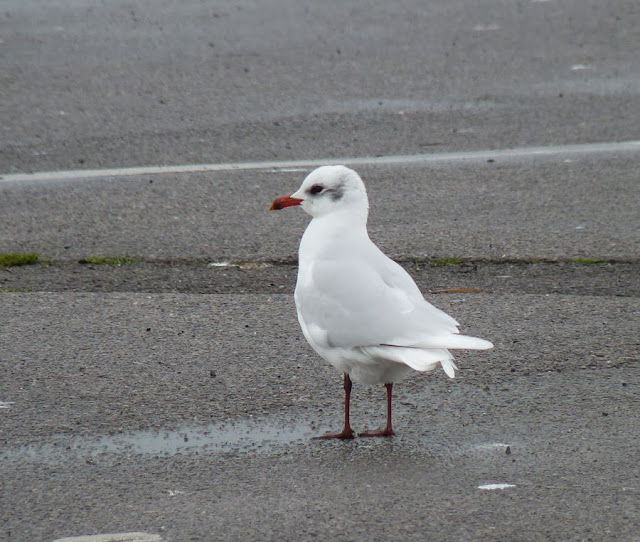 And an opportunity for Jess to feed her favourite water birds, Coots...


I then managed to wangle a five minute scan from Sandsfoot Castle (along the north shore of Portland Harbour). What a worthwhile stop this was with at least two Red-necked Grebes (one really close), 17 Black-necked Grebes (one flock of 14 and a trio) and at least three Slav Grebes.  The sea grebes are all pretty scarce on patch, so this really was a treat for me!

If we'd had more time I would have tried for the two white-winged Gulls on offer, but we had to return home mid afternoon.

So sat here tonight, can I say it was an unforgettable experience? Well no, not really.  At the end of the day it is an auk with an extra white stripe!  I'm sorry if that offends you, but come on, how often do you look at a winter plumaged Razorbill or Guillemot and go 'ooooohh - what a stunner!'. But if I ask myself whether I'm pleased to have seen it? Well the answer is most certainly yes.

And my next question?  When can I fit in a trip to Brixham....