Still no white-winged Gulls in this part of Devon!!I had several looks along the Estuary today, where five Barwits were the highlight, and spent the late afternoon period stood on Beer Beach Pier. Lots of gulls, especially at the latter site, but not a white-winger in sight :-(A nice treat at Beer though was this Black Redstart, it really brightening up the other wise dull and gloomy afternoon (as you can tell from the crap photo!). I think this is the only Black Red wintering on patch this year, and it is probably the most elusive Black Red known to man! Even when I saw it this afternoon, after about a minute it flew back around the corner and disappeared towards Seaton Hole! 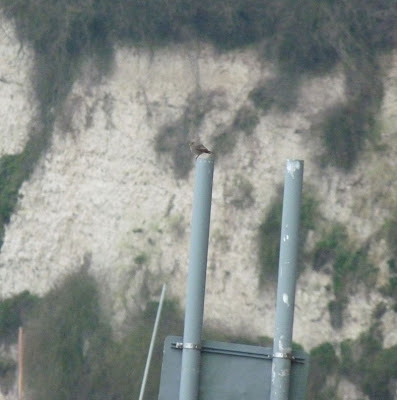