My Two Days Off

BIRDS
Whilst at work on Saturday evening, Martin (from the Exe) phoned to say he had seen the Wood Sands, and that he had a small grey parrot-thingy sat in front of him on Seaton Marshes. Amazingly, about 40 minutes later when I was fumbling about in the backyard, it flew over heading west, calling as it went - quite a sight!

So, what was is? Well neither Martin or I know, but hopefully someone might. Thanks to Martin Wolinski for this photo... 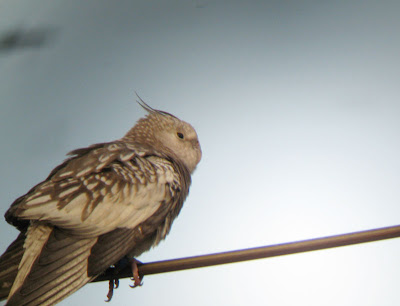 Certainly a patch tick for me - whatever it is!?
Early on Sunday morining, after I'd covered over both moth traps I went for another early morning look over Blackhole Marsh - a tatic that gave me a Little Stint the day before. I wasn't there long 'til I realised the two Wood Sands had become three. And whilst I was watching them, thought I could here a fourth closer one but never actually saw it. A little later there were four here - I should have looked some more!

After this, and after I went through the moth traps (which you can read about a little further down the page), I went up to Beer Head. It was quiet, but I still managed singles of Lesser Whitethroat and Sedge Warbler and three Wheatears. There were loads of Silver Y's and Painted Ladies about... 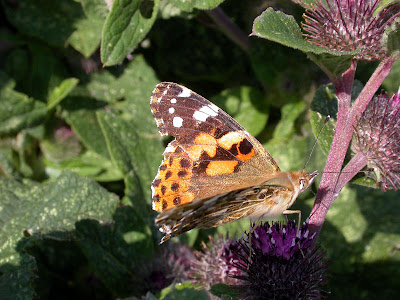 Ok so this bit isn't totally about birds!
This morning, Blackhole revealed the four Wood Sands still, a few Dunlin and Common Sands and at least two Yellow Wagtails, but little else. And that's all the birding time I had today.

MOTHS
I had both traps out on Saturday night, and the result was brilliant! The Skinner was in the front garden and gave me 119 moths of 25 species and the Robinson in the back which produced 120 moths of 36 species. This totalled 239 moths of 43 species. AWESOME! In the catch there were four garden firsts... 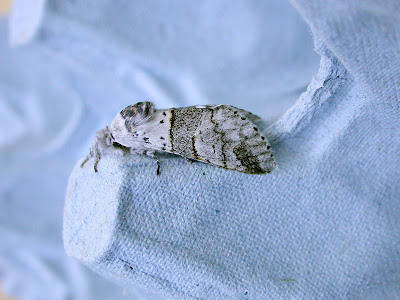 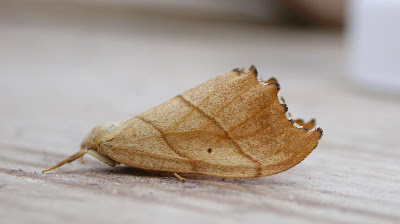 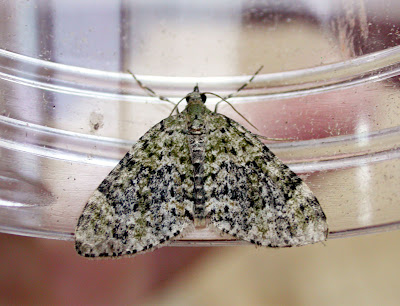 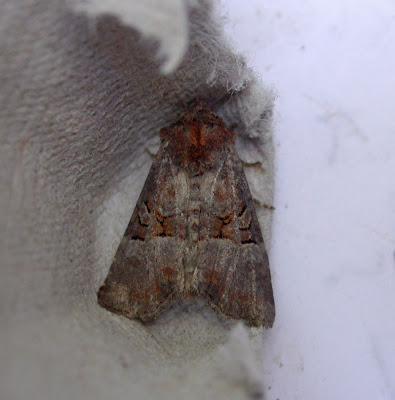 Here's a few more photos from this mega catch... 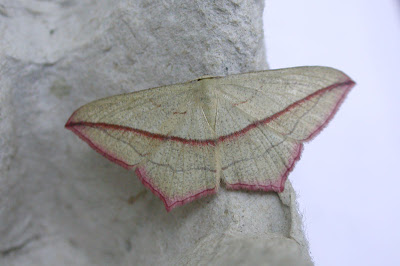 A much fresher insect than the first Blood-vein I caught, which you can see HERE 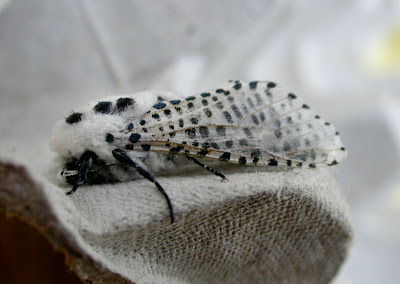 My second ever Leopard Moth - stunning! 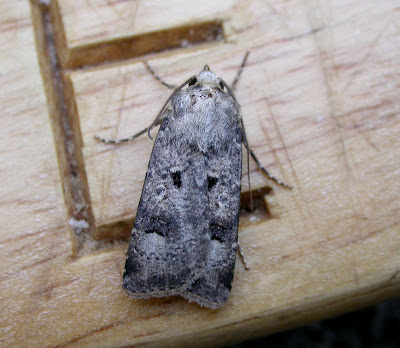 My third ever Crescent Dart 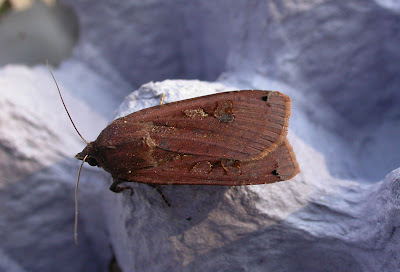 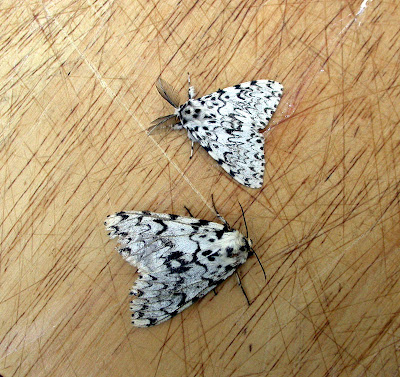 Two of the Black Arches - note the size difference!! 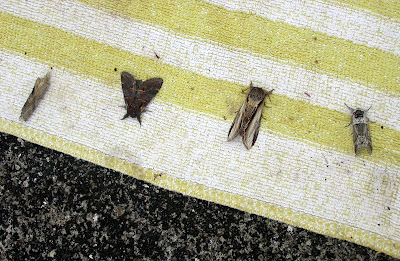 The four Prominents, from left to right: Pale, Iron, Swallow and Poplar Kitten
And that's that. Tonight I will put the Robinson out but am not expecting much as it's quite windy.
Posted by Steve Waite at 11:53