I actually had a non-birding weekend, first time ever I think! Saturday was my birthday so I spent the day with the family, then went to work at 7pm through to 8am Sunday morning. Which meant Sunday I spent the day in bed!! But now it's Monday, and I've enjoyed a nice day's birding.
I'm an avid fan of 'Vis Mig' watching, I just love it! I find late Oct/early Nov the best time of year, but things are on the move overhead from early September. With the clear skies this morning I was lured up to Axe Cliff with the hope of lots of passage. Not as busy as it could have been, but still a few bits and bobs. The view was nice, as usual..... 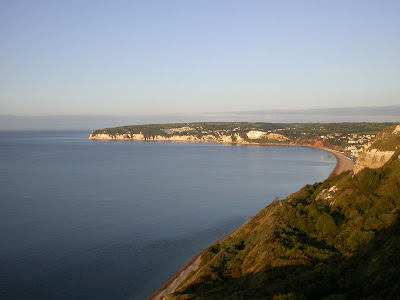 I'm lucky enough to be able to say I live here...
Counting up to 9am produced: 1 Golden Plover, 1 Snipe (notable), 4 Skylark, 76 alba Wagtails, 79 Meadow Pipits, 164 Chaffinches, 6 Greenfinches, 9 Siskin and 1 Lesser Redpoll (my first of the autumn) over. Grounded birds were few and far between but did include another Golden Plover, 30 Skylarks, 4 Wheatears, 2 Chiffchaffs and 4 Goldcrests.

From here, I thought I'd go hunting for wing-barred Phylloscopus warblers. And where better to start than a place where I turned up a Yellow-browed last year, Lower Bruckland Ponds. No luck here today though, but there was this..... 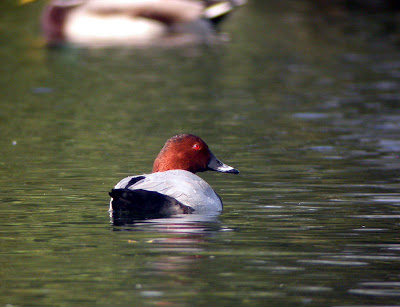 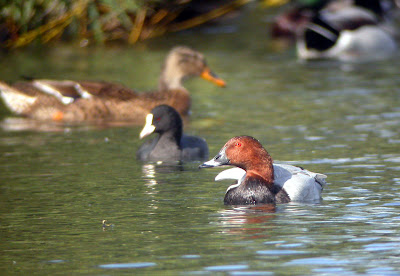 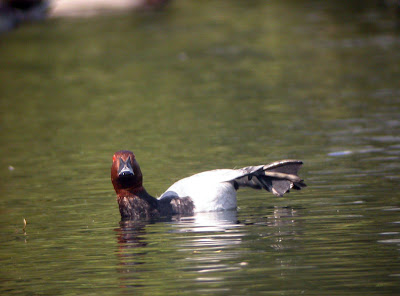 To most people this is just a Pochard, but to us, IT'S A POCHARD! Thanks to the lack of deep water on our patch (apart from the sea!) all diving Ducks are fairly scarce, so it's always nice to see one.

Tonight I had a wander up the estuary from Seaton Marshes. A Yellow Wag flew over, 15 Lapwing were in a nearby field, but the undoubtable highlight was yet another Cattle Egret for the backwater this year, our sixth in fact (my fourth self-found)! It flew down river with a Herring Gull at 18:40, pitched down on the salt marsh for 5 mins before upping and continuing south. Other bits and bobs on the river today include the Osprey still showing very well, fishing every now and then on the estuary. Also in the valley two Ruff, a Bar-tailed Godwit, a Great Crested Grebe still and a pristine first-winter Med Gull. 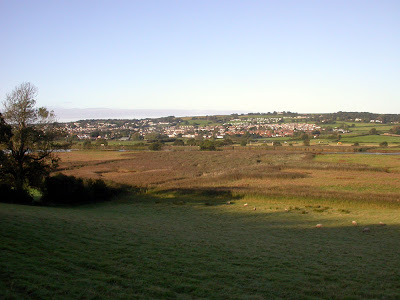 The above photo shows the view from the 'farm gate', looking west. Can you see that yellow digger just the other side of the tramline? Well that yellow digger is making us a huge great lagoon! It's amazing what the EDDC can do isn't it? Even more prime habbo for us to check - excellent! For more info on this, log on to our local patch thread on Birdforum.

I see some cracking Aquatic Warbler photos on the web from Slapton, which reminded me of the only Aquatic Warbler on my UK list. It was on 14th Sept 2002, clinging on to a small patch of Juncus in the middle of a field at Soar, near Prawle. It's a species missing off the backwater list, but surely one that's been here?
Posted by Steve Waite at 16:37