Having not written a blog post for two weeks, in one of the busiest birding months of the year, I have allowed it to get to the stage that I have so much to blog about I have no idea where to start!

The two Ospreys maybe? The mass of wading birds using Black Hole Marsh? How about the (mostly unsuccessful) seawatching of late? Agggghhh just too much possible content! So I shall simplify, which is what my brain wants and just talk about this morning, in which I enjoyed my first visit of the autumn to Axe Cliff.

It was cold, very very cold.  And am sure the harsh north wind didn't help reveal all the birds that were present, but there were clearly birds about. Wheatears topped the chart at 16, including a nice mix of males (top) and females (below)... 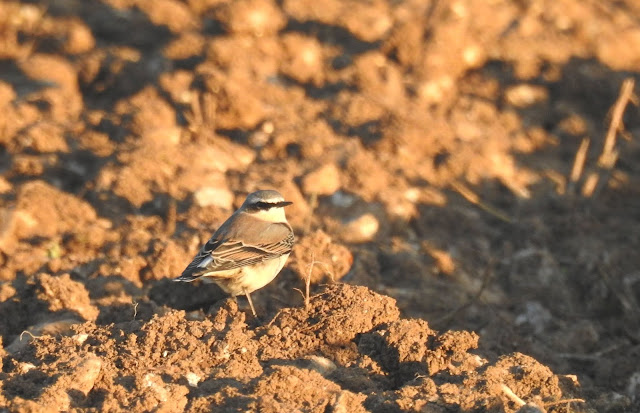 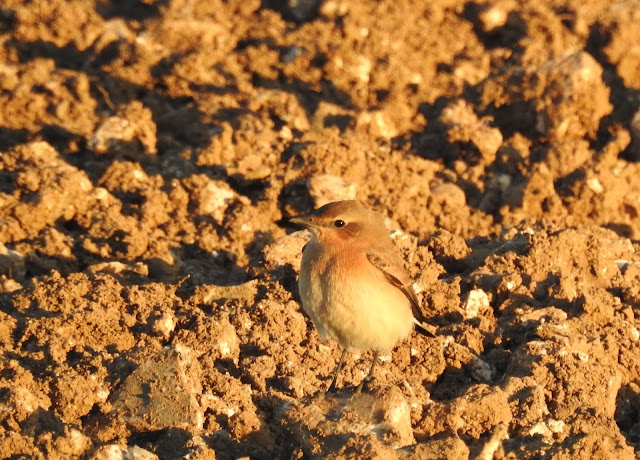 A couple of grounded Tree Pipits were nice to see, and my first migrant Meadow Pipit of the autumn made it into my notebook.  Six Yellow Wags flew straight over west, but three of the five alba Wagtails that were heading the same way landed - not that that helped with their ID in anyway!

For me to call an autumn White Wagtail I need to see a strikingly pale mantle and a importantly a pale rump, but I do think I'm over cautious and probably let many intermediate-looking birds slip the net.  As I didn't see this birds rump it remains an alba Wagtail, although the cleanish flanks do make me wonder... 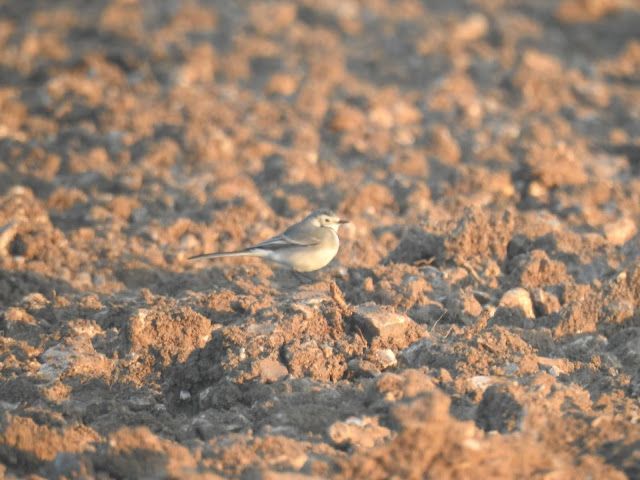 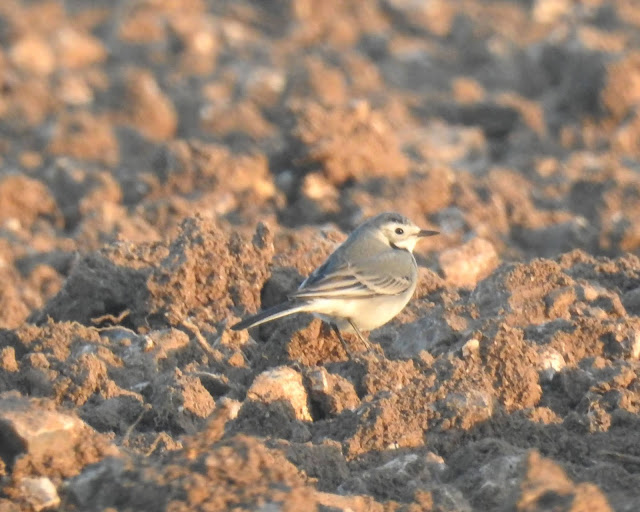 The bushes weren't busy at all, although they were being blown all over the place so I couldn't be sure. Just a few Chiffchaff and one Willow Warbler were all I could see.  Surprise of the visit goes to a single Snipe that flew over north.
Just before work I had time for a quick glance over Black Hole Marsh. In keeping with the cold theme a juvenile Pintail was feeding on the marsh, amongst an obvious increase in Teal numbers. Still plenty of wading birds about too, which I will fill you in about on a later post. 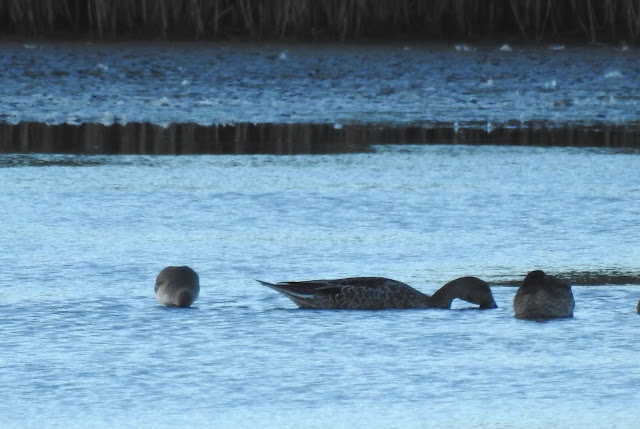 Do check back for more soon.  Well once I figure out what I want to blog about that is!
Posted by Steve Waite at 21:29