A Few More Migrants and an Otter

Spring still appears to be taking its time to get going here on the Axe, although the last few days have seen a bit of movement.

The rain and grey skies of Tuesday offered the best day, with several singing Willow Warblers dotted around the valley, a flock of three Bar-tailed Godwits that flew in off the sea joining a fourth on the Estuary, a Sandwich Tern on the Estuary and at last large numbers of hirundines, several hundred, including 40+ House Martins.  The first two Whimbrel of the year were also noted by Clive on Black Hole Marsh that afternoon.

Wednesday was quieter for us, although Ian Mc saw an Iceland Gull in the morning and in the afternoon I managed my first White Wagtail of the year along Cowhayne Lane...

Today I started the day with a quick sweep of the Estuary, where at Coronation Corner twenty or so alarming Herring Gulls alerted me to the presence of an Otter! Although one has been seen on several occasions during the past month or so, this was the first time I've lucked in on it.  She (I think?) spent 15 minutes hunting in the water just off the far bank, often remaining submerged for several minutes at a time, popping up briefly to eat the catch, then disappearing again. Its busyness didn't make photography easy... 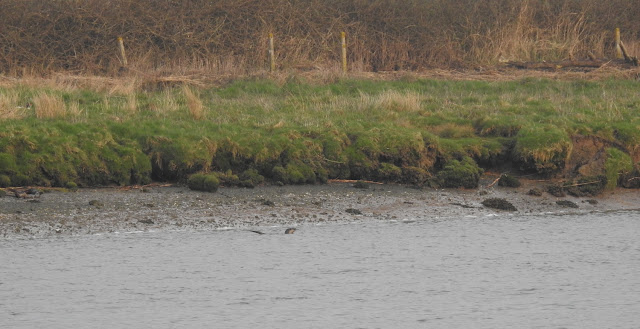 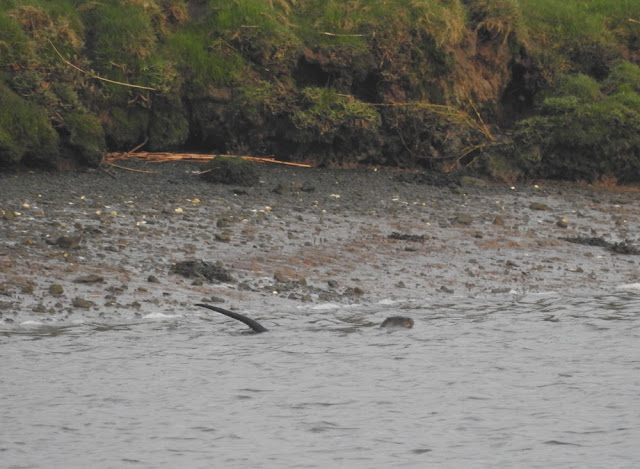 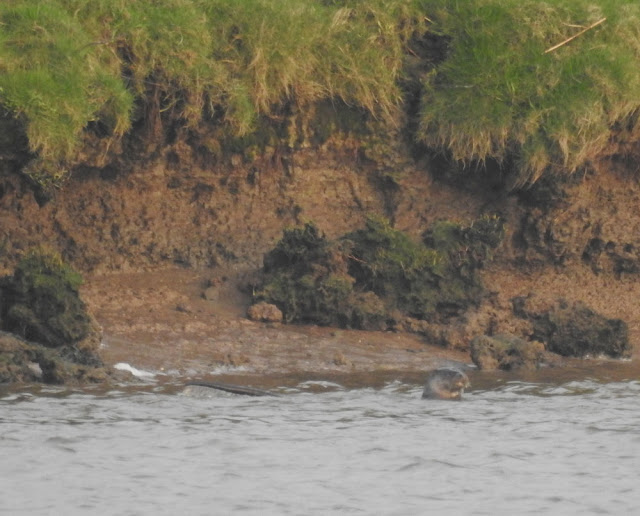 It did briefly come to shore once to munch, but within ten seconds was off again... 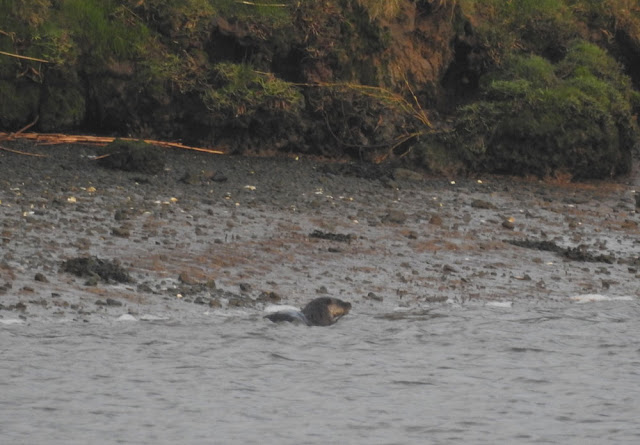 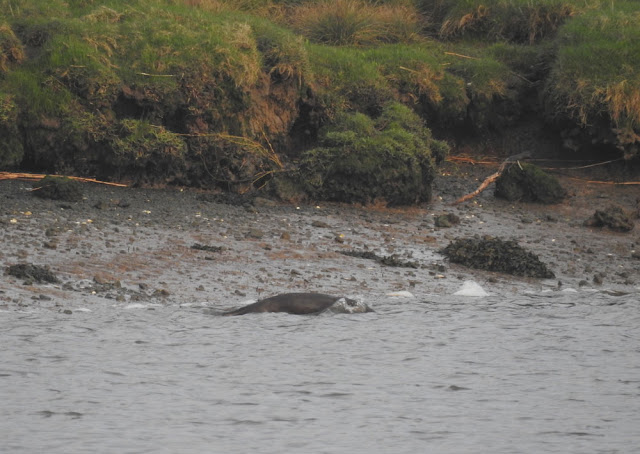 After fifteen minutes she swam pretty rapidly upstream and off around the corner in front of the Tower Hide.  Wish I had been sat in there at that point!