Actually that's a lie, a visit to Seaton Marshes today showed 13 Wheatear and a Whinchat (a patch year tick so a worthwhile visit) but I have been missing out on all the goodies in the Beer area.  I know I'm always moaning about this, but it's amazing how decent falls nearly always coincide with the weekend!  Beer Head has been a real struggle over the last two weeks, a lot of looking for the odd migrant.  Oh well, at least I've not missed a year tick.

I did see a few passerine migrants last week that I've not had chance to blog about. Wednesday I had a Tree Pipit over Colyford Common, and on Friday Yellow Wagtails were suddenly seemingly abundant, with multiple birds over several locations.  Also on Friday Little Stint made it on to the year list after Phil found a juv on Black Hole Marsh - there's now two and a Curlew Sand. What a place!

In other birdie news, Wood Sand has made the house list.  On Saturday evening (about 19:30) what I presume to be the lingering juvenile was very vocal and easily audible from my back garden.

I was very pleased to be able to get the moth trap out last Thursday night, as it gave me 231 moths of 52 species. Amongst the haul was a first for the garden, an eagerly awaited one as I love the Prominent moths...


I had several garden scarcities too, the best of these being two Hoary Footman (my third and fourth for the garden)... 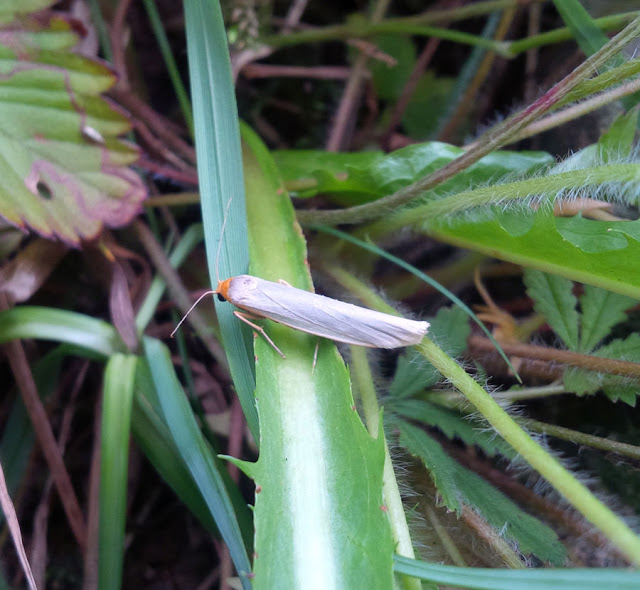 
Finally there was this.  The Kittens are part of the Prominent moths, and they are stunning, but I do find them (well two of them) quite tricky to ID. I think the ones I catch are mostly Sallow Kittens, but one I caught the year before last looked like a Poplar to me (see HERE). This one though I'm really not sure about, it was a large one, but the markings look almost a bit of both to me... 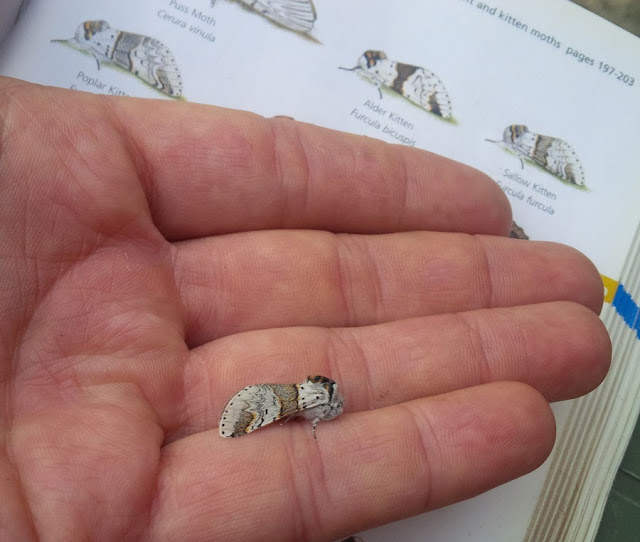