Passage Over Land And Sea

I'll start with this morning's sea watch. There was no quality, but quantity wasn't too bad in conditions that weren't anywhere near as windy and the met office said they would be the night before!

The only other bird news I have for today is of the Whooper Swan still opposite Stedcombe Vale and 11 Lesser Black-backed Gulls, 14 Black-tailed Godwits and two Dunlin on the Estuary.

Yesterday I spent much of the day printing off descriptions - highly exciting stuff!

Wednesday though was a good day! I woke up to fairly clear conditions, so went up to Beer Stables and 'vis migged' 07:35 - 09:10. Dark clouds rolled in at about 9 which put a halt to most of the passage.
The highlight was a single Hawfinch over at 08:10; it flew west about 80/100m north of me - the light was perfect which made the bird look simply stunning. As usual for this site, it was only just above hedge-top height. My first during a visible migration watch anywhere ever! I was rather pleased :-)

Wood Pigeons were on the move too. Although they weren't moving in large numbers by any means, it was nice to see flocks of up to 200 flying over the valley and off west. In total I logged 1,290 birds. 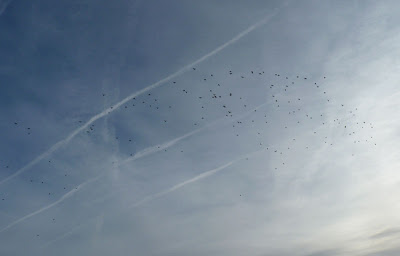 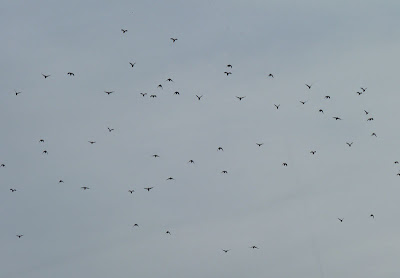 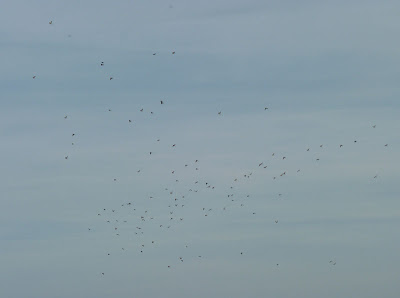 Pigeon passage!
Other birds seen during this watch included:

Won't have much birding time at all this weekend, but I understand we've got some cold weather coming - bring on those Waxwings!
Posted by Steve Waite at 15:29